Works by ‘father of New Wave typography’ on exhibit in Taipei 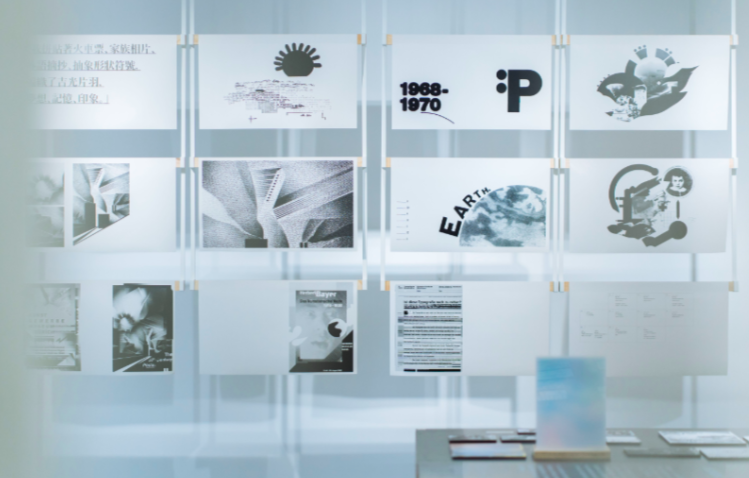 Wolfgang Weingart is known as the father of New Wave, or Swiss Punk, typography. His creativity and persistence have inspired tens of thousands of designers.

His book “My Way to Typography” was first published in 2000, and the Chinese version was launched last month after two years of preparation. The new exhibition, titled “New Wave” like the Chinese translation whose release it marks, focuses on the history of Weingart’s active involvement in typography from 1970 to 1990 and reveals more of the ethos of the master of typography.

The curator and the director of InFormat Design Curating company, Wang Yao-pang (王耀邦), stated that Weingart’s admirable qualities are his capacity for independent thinking and self-learning. He said Weingart had taught him that only by knowing the essence of everything can one break the rules and think outside of the box.

The exhibition venues are Neihu District’s Winsing Art Place and Zhongshang District’s Sun Sun Museum. The former is showcasing 12 large-scale signature works that Weingart created in 1970, and the latter is exhibiting documents related to his design process.

Visit the website for more information about the exhibition. Year Ender 2019: 2019 has been an interesting year in several ‘comeback’ styles. From making a statement once again on the global...

‘Tis the Season for Resumes: How To’s of Typography

Have you ever had no idea how to make your resume look good? Being in that place of “I don’t know” is never fun. Here are a few handy...

Sarah Hyndman: “Typography can be a tool for positive change”

When Design Week catches up with Sarah Hyndman, she’s just coming to the end of a week’s stint at this year’s Adobe Max in LA....

The Cross Between Psychology & Typography and Why It’s Important

Communication is essential in any aspect of your lives and the business world is not an exception.  It is what enables us to connect...

The STA 100 International Typography Competition is now open for submissions. Since 1978, the Society of Typographic Arts has recognized...