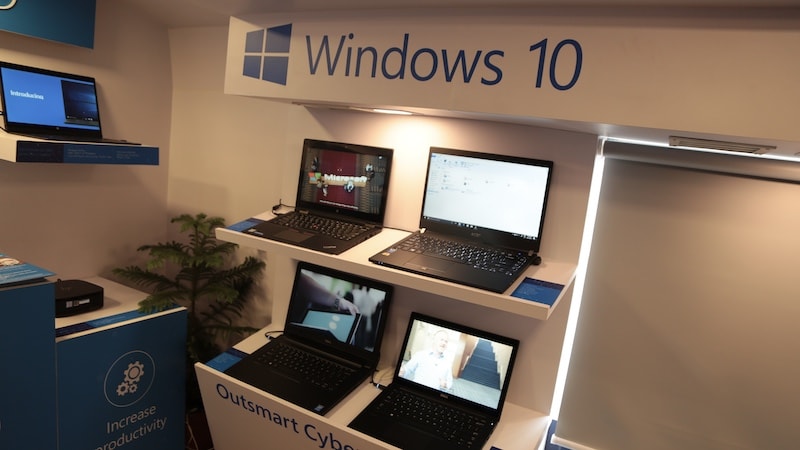 Microsoft is taking Windows 10 to new levels by adding a new multitasking feature called ‘Sets’, where apps are placed like tabs in a browser. The Redmond giant is also enhancing the latest Windows platform by enabling ‘Timeline’ for Insiders – months after its original announcement at the Build conference back in May. Both new features come days after Windows 10 received Apple’s AirDrop-like Near Share feature.

As tabs make it easier to manage multiple webpages on a Web browser, Microsoft is bringing tabs to Windows 10 apps through to uplift the existing multitasking experience. The Sets feature, which will be available to Windows 10 testers in the coming weeks, groups various apps into tabs to unify different worlds under one roof. The grouped apps can include Microsoft Edge, OneNote, and Microsoft Word or just frequent destinations like YouTube, Facebook, or Spotify. There is also a search box that lets users search locally. Moreover, the interface of the Sets feature seems to be highly inspired by the way Microsoft Edge browser handles different tabs.

Users with Office 365 can further leverage the Sets feature and sync their app tab across devices. Scrolling down the tab page also shows the recently opened Office 365 documents that can be opened in a new tab by pressing Ctrl alongside the left mouse click.

The Sets feature isn’t just an upcoming feature on Windows 10, Microsoft is also considering it as a part of its controlled study to understand user interest. “With this approach, we will continue to ship a ton of features and updates to the entire WIP (Windows Insider Preview) community as we build the future of Windows. And like all features we ship into WIP, they will broadly available when they are ready, not necessarily tied to the next major update,” Microsoft’s EVP for Windows and Devices Group Terry Myerson writes in an email to Windows Insiders.

In addition to Sets, Windows 10 is getting the Timeline feature that is touted to be “hotly anticipated” by Windows Insiders. The feature is integrated into Task View to allow users to jump back at a particular time and find their files, apps, and websites. The default Windows 10 apps will use the Microsoft Graph to log user activities in a timeline format, whereas third-party developers will need to use the Activity APIs to establish engagement records to visualise tasks chronologically.

Earlier this month, Microsoft released Windows Insider Preview Build 17035 that brought the Near Share feature. The latest build also has an option to save free EPUB books from Microsoft Edge.

HIGHLIGHTS Microsoft Surface Laptop now starts at $799 Surface Book 2 gets a cheap variant that comes at $1,199 Both...

HIGHLIGHTS The laptops have a starting price of $189 Office 365 free access is available to teachers globally HoloLens...