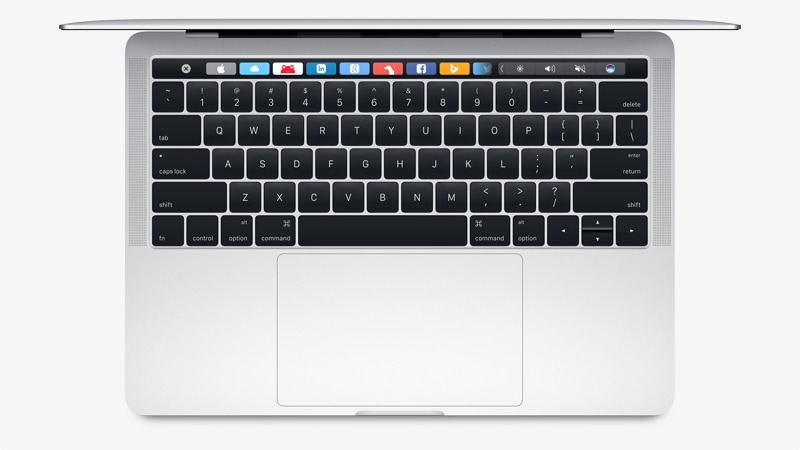 No, not 2016’s stellar reboot of the seminal franchise — that would be too much to ask for. Rather the original Doom is playable on the 2170×60 resolution of the Touch Bar.

And while we have our reservations on what “playable” means in this case, that hasn’t stopped Adam Bell, an iOS Engineer at Facebook from making it happen.

“Doom runs on pretty much everything… but can it run on the new MacBook Pro Touch Bar?” Bell tweeted, linking to a YouTube video of the game running.
(Also see: Touché Lets You Add the Touch Bar to Any Mac for Free)
While Doom’s latest instalment was met with critical acclaim, one of the original game’s creators John Romero made a return to the first-person shooter genre. This started with him designing his first level for it in over 20 years. And then announcing Blackroom — an FPS that has him working with fellow id Software co-founder and artist Adrian Carmack. The game was on Kickstarter and then pulled until a playable demo has been made available.

Although this specific hack, while amusing, may not be entirely useful, other developers have found ways to add a virtual Touch Bar to existing Macs for free. 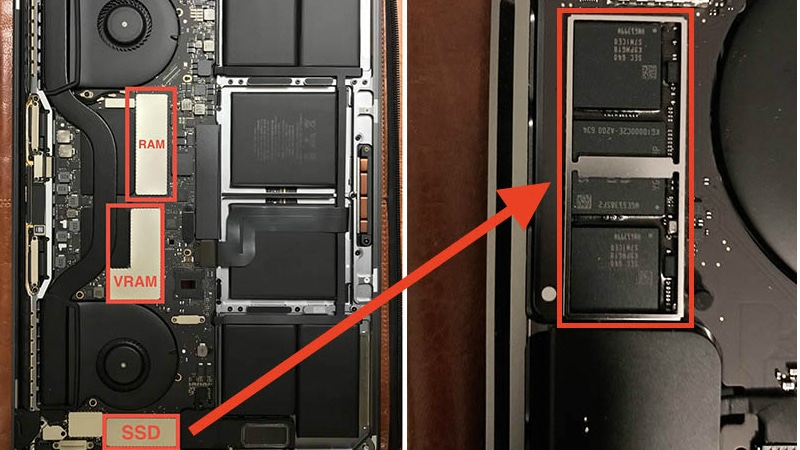 MacBook Pro With Touch Bar Has Non-Upgradeable SSD Chips, Users Report
HIGHLIGHTS
MacBook Pro With Touch Bar has non-removable SSDs
This means users cannot upgrade their flash memory
Also, if the logic board fails, all data will be lost
The base MacBook Pro variant teardown has been done extensively, and all reports bear good news – the SSD is removable and replaceable. This is important because in the future, if users want to upgrade their SSD, they can do so. However, the MacBook Pro with Touch Bar doesn’t follow the same pattern. Apparently, some owners have found that the SSD chips in the Touch Bar variant are soldered to the logic board.

MacRumors readers have discovered that ‘memory chips and controller are soldered, seemingly on both sides of the motherboard’. This is problematic, as users do not have the option to upgrade their storage if they so desire. To put it simply, the amount of storage you choose at the time of purchase, cannot be upgraded later on, and you will be stuck with that much flash storage for the rest of the product’s life.

This soldering of SSD chips is seen for the first time on the MacBook Pro lineup. It is important to reiterate that the new MacBook Pro without the Touch Bar has removable SSDs, as per official teardown reports. The only other laptop from Apple to have the memory chip soldered to the logic board is the 12-inch MacBook.

This also puts emphasis on backing up of data that is stored on MacBook Pro, to prevent any data loss due to a logic board failure. The MacBook Pro with Touch Bar hasn’t gone through any official teardowns by iFixit and the others, and more clarity on its repairability will be known then.

In the meanwhile, another MacBook Pro with Touch Bar user said that once the laptop was opened up, a large gap was noticed around the batteries – almost as if smaller batteries were used in the slot. Separately, The Verge and Business Insider report that the MacBook Pro with Touch Bar units they tested had significantly lower battery life than advertised. While Apple claims a 10-hour battery life, the two publications reported battery life of 5-6 hours and 6-8 hours respectively. 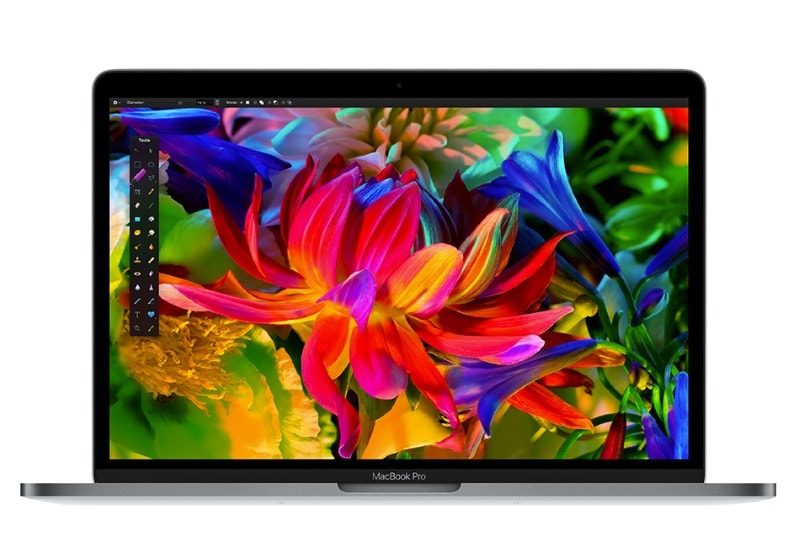 MacBook Pro 2016 Without Touch Bar Now Available in India
HIGHLIGHTS
The non-Touch Bar MacBook Pro is now in stock
Select stores have received their units, while others are still waiting
The MacBook Pro 2016 price in India starts at Rs. 1,29,900
The new and improved MacBook Pro was launched with much fanfare last month; however no availability details for the Indian market were revealed then. Even now, the models are listed as ‘coming soon’ on the Apple website, but Gadgets 360 has learnt that Apple resellers across the country are now receiving stock of the 13-inch MacBook Pro.

We checked with a couple of Apple resellers who confirmed they have received stock, while another Mumbai-based retailer said they have not received any units. The 2016 MacBook Pro is not listed on any of the e-commerce websites either, so it’s likely that the stock has only just started trickling in. Just to recap, the 13-inch MacBook Pro without the Touch Bar is priced at Rs. 1,29,900.

The new MacBook Pro is lighter and thinner than its predecessor, and comes integrated with faster Intel Skylake CPUs. The Touch Bar variant has an OLED panel instead of the function keys, and it shows relevant options based on the current application and context. The Touch Bar variant also has an integrated Touch ID sensor for unlocking the laptop and making payments via Apple Pay.

The 13-inch MacBook Pro with Function Keys has no OLED panel or Touch ID sensor. The base model is powered by a 2.0GHz Intel 6th generation ‘Skylake’ Core i5 dual-core processor with 8GB of LPDDR3 RAM and 256GB of storage. The 13-inch model comes with integrated Intel Iris Graphics 540. There’s Wi-Fi 802.11ac and Bluetooth 4.2 support. It has a 13.3-inch Retina (2560×1600 pixels) LED-backlit display with IPS technology and 227ppi pixel density. For connectivity, there is a 3.5mm audio jack and two Thunderbolt 3 (USB Type-C) ports. 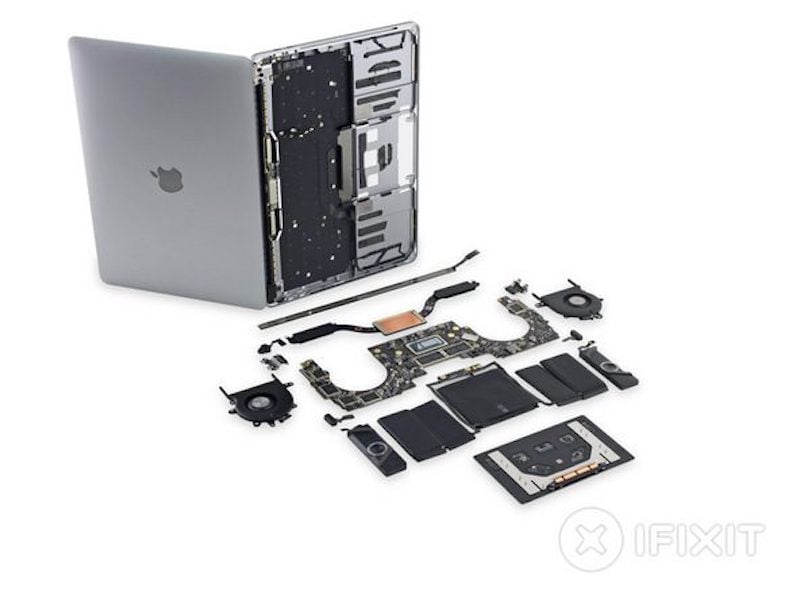 The teardown reveals that the MacBook Pro With Touch Bar is properly glued together, making it rather difficult to remove certain components like the battery, SSD, and RAM. The internals are organised to make way for the Mac’s most exciting feature, the Touch Bar. The thin OLED strip that replaces the function keys is difficult to replace and scores just 1/10 for iFixit in repairability.

The sapphire-covered Touch ID on the Touch Bar will prevent scratches but fixing it will be tough as it pairs with the Apple T1 chip on the logic board. Interestingly, the speakers are present in the lower half of the Mac while the grilles are present on the top. iFixit also mentions that grille does not go clear through the case. This means that despite the presence of the grilles, the sound from the speakers actually come out from the side vents.

The teardown also revealed vibration-dampening rubber gaskets around the speakers’ screws that keep them from vibrating as the new speakers are larger and more powerful compared to the ones found in the older Macs.

While the most part of the MacBook Pro is solidly stuck together, the trackpad was easily removed and replaceable. The trackpad comes out after removing ten accessible screws. iFixit also reveals that the despite the larger trackpad the component is identical to the 13-inch 2016 laptops, which means finding a replacement will be easier.

After thoroughly disassembling the new MacBook Pro, iFixit found that the main issues lie with the SSD, RAM and processor being soldered to the motherboard – making them all non-upgradeable. This was noticed by a regular user earlier this week. The 5-cell battery is glued down as well, which makes replacing it a task. All that along with a very fragile Touch Bar led to iFixit giving the lowest possible score for the new MacBook Pro – 1/10. 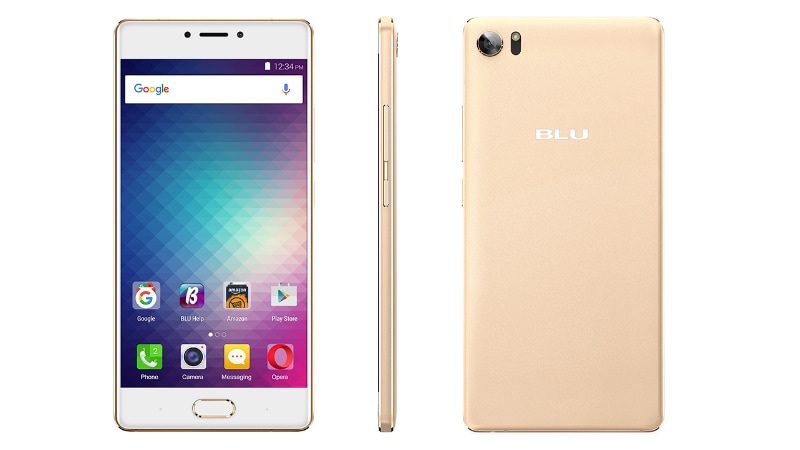 Which iOS devices can install iOS 10 public beta?
Apple has announced iOS 10 for the following devices:

If you have any of these, you can install the iOS 10 public beta. Follow the steps below. Even though this process seems long, it is fairly simple. Most people will have no trouble installing iOS 10 public beta. Did you take the plunge and install iOS 10 public beta on your iOS device? Do you like it? Let us know via the comments. For more tutorials, visit our How to section.

Win Star Trek merchandise and movie tickets by participating in our Star Trek Beyond contest.