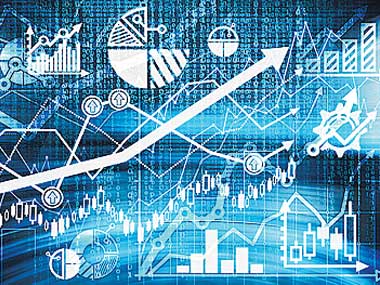 Data centre and enterprise cloud start-up, Pi Datacenters, is developing an Internet of Things (IoT) framework in a data centre standpoint, and is contemplating giving proofs-of-concept to various state governments to participate in their smart city projects, said its founder and Chief Executive Officer Kalyan Muppaneni.

“Data centres form the key infrastructure for providing services to smart cities. We will also be in a position to host the governments on our cloud solutions within the next one year,” he told Business Standard.

Stating that IoT is still an evolutionary technology which has reached only 30% of its full potential, Muppaneni said the company was currently piloting the intellectual property-based IoT framework with three edge data centres in India. The frame work will be released in the market in a couple of months from now.

Pi Datacenters is setting up its first Tier-IV data centre at Amaravati, the new capital of Andhra Pradesh, with an incremental investment of Rs 600 crore over the next four years. Muppaneni said Phase-I of the 500,000-sft data centre, which involved an investment of Rs 60 crore, would be operational by July 2016.

The company had, in March 2015, announced its intent to raise Rs 540 crore from institutional venture capitalists to fund the data centre. Muppaneni, however, said the fund-raising plan was put on the backburner.

“The project will be self-funded as internal revenues will start kicking in from the third quarter of this year. We are also sharpening our focus on catering to customer-premise data centres for which we already have about 15 clients in the pipeline. This will be another source of revenues for us,” he said.

Pi Datacenters has recently entered into a strategic partnership with Arista Networks, a US-based software-driven cloud networking solutions. Under the MoU, Arista and Pi will collaborate to leverage each other in delivering software-defined compute to customers in the Indian market.

Quoting a Gartner report, Muppaneni said the Indian data centre infrastructure market, comprising server, storage and networking equipment, is currently pegged at $3.7 billion. According to him, the company is looking for a suitable location for setting up a disaster recovery centre (DRC), which would be up and running by the end of 2016. Google back in November rolled out the ‘Smart Reply’ feature to its Inbox by Gmail application. The feature, after four months has finally made its way in to the Web version. Just like the app, the Inbox by Gmail for Web users will now be suggested three email responses.

“10 percent of all your replies on mobile already use Smart Reply, so we’re excited to bring this same convenience to the Web. It’s particularly helpful when you’re jamming through lots of emails on your laptop,” said Taylor Kourim, Software Engineer, on the Google blog post.

When an email arrives to the Inbox by Gmail for Web, all you would have to do is to open the email and click on one of the three responses seen at the bottom. These responses are dynamic and are based on the nature of the incoming emails. As soon as one of the responses are clicked, it immediately shows up on the reply email body with the ‘Send’ option. At the time of launching the feature for Inbox by Gmail mobile app, Google said, “There’s actually a lot going on behind the scenes to make Smart Reply work. Inbox uses machine learning to recognize emails that need responses and to generate the natural language responses on the fly […] And much like how Inbox gets better when you report spam, the responses you choose (or don’t choose!) help improve future suggestions.”

Last month Inbox by Gmail got two new snooze features – Later This Weekend and This Weekend, to make it simpler for users to snooze their email alerts and get back to it later. Robert Bosch GmbH is taking on US technology rivals by launching its own “cloud” computing network to connect up anything from cars to dishwashers via the Internet.

Traditional German industrial companies like Bosch are looking to transform themselves from manufacturers of equipment to service providers using data generated by their machines.

Bosch is hoping its engineering expertise will give it an advantage in making the “Internet of Things” (IoT), where objects communicate with each other, a reality for its customers in smart homes, connected mobility or intelligent industry.

Its announcement on Wednesday that it plans build its own cloud puts it in competition with services from US technology giants Amazon, Google, Microsoft, IBM and Salesforce.com.

Bosch’s cloud will be run out of a computing centre based in Germany, which it hopes will attract customers who may have doubts about data security of US-owned servers.

Bosch Chief Executive Volkmar Denner told a conference in Berlin that the company was building its own IoT and would combine this with its experience in making everyday objects.

“There are product companies like Bosch trying to add software and services and there are IT companies trying to get into the physical space. The race is completely open,” he said.

Stuttgart-based Bosch plans to run around 50 of its own in-house applications on the cloud this year, before opening up to other companies from 2017. It plans to roll out other data centres across the globe but declined to give a timeline.

More than five million devices are currently connected via Bosch’s IoT software suite. Applications include a system that enables users to remotely control the temperature of their home as well sensors that help drivers find parking spaces or firms track the quality of a product once it leaves a factory.

Bosch declined to disclose how much money it was spending on the cloud specifically but said it was investing around EUR 500 million (roughly Rs. 3,677 crores) annually in new technologies.

The company plans to charge customers based on the services that they use, but did not give revenue forecasts. Market research firm Gartner estimates that global sales in the public cloud market will exceed $200 billion this year.