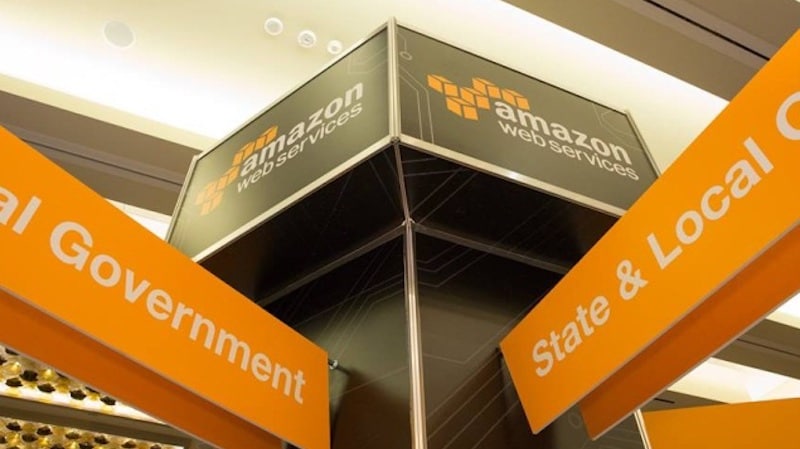 Amazon.com is teaming up with VMware to let customers combine VMware’s software for corporate networks with Amazon’s internet-based cloud-computing services, a bid by Amazon to better compete with rival Microsoft in hybrid cloud solutions.

VMware will deliver, sell and support a product that lets customers use their existing VMware software with access to Amazon’s cloud-based storage, database and analytic software, the companies said Thursday in a statement. Hybrid solutions allow customers to run applications on their own servers and through various remote cloud-based applications simultaneously.

Called VMware Cloud on AWS, the product will be available in mid-2017. Pricing will be disclosed closer to the release, the companies said. It will appeal to companies that want the flexibility and capacity of managing data via the cloud.

Amazon is trying to maintain its lead in the cloud-computing market over rivals Microsoft, Alphabet Inc.’s Google and IBM as more companies transition from using their servers to renting computing power and data space hosted remotely, which they access via the internet. Movie-service Netflix Inc. is a prominent example of a web company powered by Amazon Web Services.

VMware is shifting its cloud strategy to focus on selling products that work with existing leaders, rather than trying to establish itself as an alternative to the Amazons of the world. As more companies run applications on rented servers over the internet, providing services that link the different technologies customers use is a growing opportunity for VMware.

‘Powerful’ partnership
The alliance is a “very powerful collaboration” that gives companies flexibility in deciding whether to transition their data to the public cloud while maintaining investments they’ve made in on-premise data centers, said Tim Feeney, an analyst at Morningstar Inc.

“Essentially, the process of managing the hybrid cloud environment is significantly less of a hassle now,” Feeney said. “This is a very powerful move for VMware because IT managers are more likely to retain VMware’s services for longer.”

The Amazon partnership could be a blow to International Business Machines Corp., which has its own deal with VMware. IBM, however, said in a statement that 1,000 clients are already using the IBM cloud with software from VMware and the partnership has created “significant momentum.”

Microsoft, responding to the Amazon-VMware agreement, said AWS is behind in offering hybrid cloud solutions.

“Microsoft Azure has always been hybrid by design, based on our decades of enterprise experience,” the company said in the statement. “True hybrid cloud isn’t just connectivity, it’s consistency — across development, management, and security.”

Global public cloud spending is expected to hit $204 billion (roughly Rs. 1,363,638 crores) this year, up 16.5 percent from a year ago, according to researcher Gartner Inc. HIGHLIGHTS
The price of the notebook begins at Rs. 54,500.
pocket book 7 Spin is available in 13.3-inch and 15.6-inch show sizes.
the two-in-1 pc helps speedy charging.
Samsung has unveiled a brand new computer hybrid, the pocket book 7 Spin, in 13.three-inch and 15.6-inch display sizes. The pocket book might be available from June 26 on exceptional buy and the Samsung website within the US. The rate for the notebook 7 Spin starts at $799.99 (roughly Rs. 54,500).

The Samsung pocket book 7 Spin’s show rotates absolutely until the back, and may be utilized in tent mode for watching films, or maybe pill mode (when rotated all the manner to the returned). As referred to, it capabilities two display sizes –thirteen.3-inch and 15.6-inch – with complete-HD (1920×1080 pixels)decision, and is derived with a further Video HDR mode. The windows 10-based totally 2-in-1 may beconfigured to the new 6th–generation Intel middle i5 or i7 processor, paired with up to 12GB of RAM. there is as much as a 1TB of hard pressure option to pick from, and the choice of SSDs.

Samsung claims that the computer can last up to 2 hours with just 20 mins of charging. the short charging tech will completely rate the 15.6-inch pocket book 7 Spin in only ninety mins, while the thirteen.3-inchversion will take one hundred minutes to get absolutely charged. The pc comes with vehicle-backlit keyboard for ease in typing throughout low light situations. Samsung has now not stated any availabilitydetails for the Indian marketplace.

In March, Samsung had launched its high–quit Samsung pocket book nine laptops jogging on home windows 10. They had been made to be had in four one of a kind configurations, with expenses startingfrom $999.ninety nine (kind of Rs. sixty seven,000). the very best configuration went all of the manner as much as $1,499.99 (kind of Rs. one hundred,500). The pocket book nine versions have been first unveiled at CES 2016 in January this 12 months.

down load the devices 360 app for Android and iOS to live up to date with the modern-day techinformation, product opinions, and different deals at the popular mobiles.