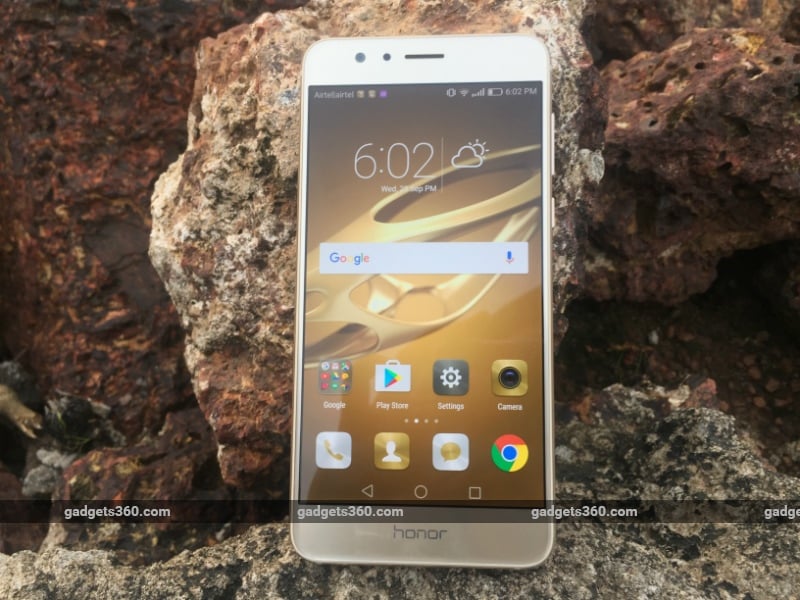 Honor, the Huawei Terminal brand, has sent out invites for a New Delhi launch event on October 12. The company has confirmed that it is launching the Honor 8 in India, and pricing and availability details will be unveiled at the event. The big highlight of the smartphone is the dual camera setup at the back, the full premium metal design, the fingerprint scanner at the back, and the USB Type-C port for charging.

As for the specifications, the Honor 8 features a 5.2-inch full-HD (1080×1920 pixels) LTPS LCD display with a pixel density of 423ppi. The smartphone is powered by a 1.8GHz Kirin 950 octa-core processor with 3GB or 4GB RAM configurations. There are also options for 32GB and 64GB inbuilt storage, and it isn’t sure whether both or just one variant will make its way to the Indian market.

The smartphone is protected by 2.5D glass at the front and back, has smooth round metal edges, and dons the fingerprint sensor at the back. Interestingly, the fingerprint scanning ring doubles up into a physical button as well, and performs multiple functions on screen. The Honor 8 packs a 3000mAh non-removable battery, and connectivity options include Wi-Fi a/b/g/n/ac, 3G, GPRS/ EDGE, Bluetooth 4.2, GPS, NFC, and Infrared sensor.