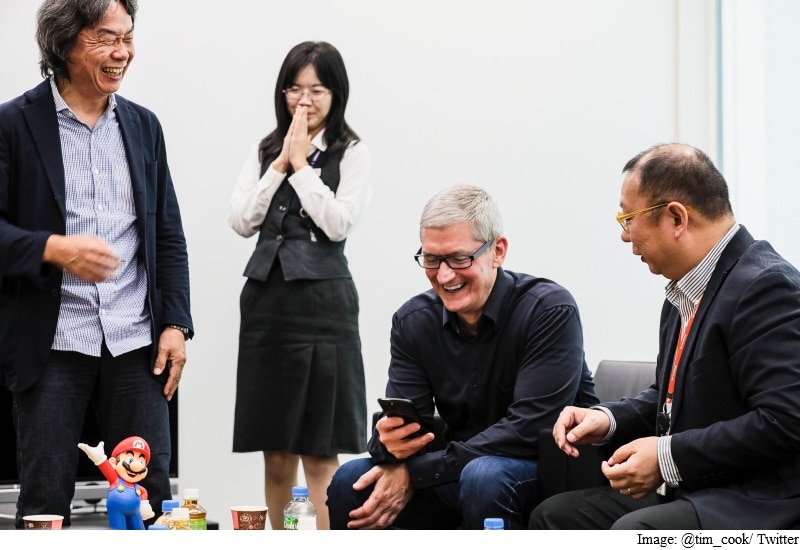 Tim Cook @tim_cook Getting the hang of Super Mario Run, thanks to Miyamoto-san and his awesome team at Nintendo! Twitter: Tim Cook on Twitter

Shares of Nintendo rose 2.6 percent on the Tokyo Stock Exchange, before giving up some of those gains. The stock is up almost 60 percent his year, compared with a 13 percent decline in the Topix Index. A representative for Apple in Japan didn’t respond to a request for comment.
Investors have cheered Nintendo’s embrace of smartphones, after years of sticking to a strategy of pairing its software with its own hardware. For Apple, adding exclusive content like Nintendo’s iconic plumber is one way to boost the appeal of its devices against those from Samsung Electronics Co. and other smartphone makers. Super Mario Run is scheduled to be released in December. Nintendo hasn’t said when the app will be available for Android devices. 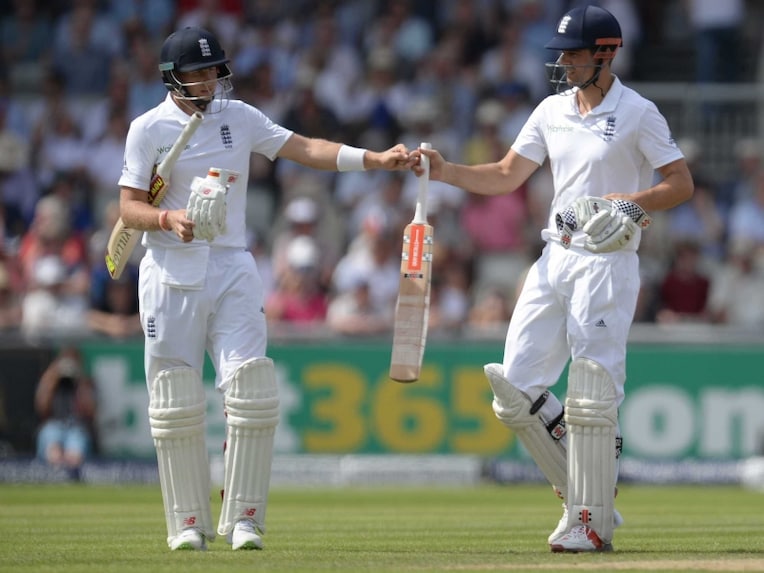 England beat Pakistan by 330 runs on Monday, winning with more than a day to spare as they levelled the four-Test series at 1-1 following the tourists’ 75-run success at Lord’s.

Cook and Root scored 506 runs between them for just twice out at Old Trafford.

After England captain Cook won the toss, they did the bulk of the damage in a huge first-innings total of 589 for eight declared.

Man-of-the-match Root made a Test-best 254, while left-handed opener Cook’s 105 extended his England Test century record to 29.

With vice-captain Root promoted up the order to number three this series, the pair shared a second-wicket partnership of 185.

Then, after Cook decided against enforcing the follow-on, they piled on the runs again in England’s second innings.

Cook made an unbeaten 76, which included a 55-ball fifty — the fastest of his Test career — while Root was 71 not out in a total of 173 for one declared.

“(Joe) is a world-class player, and it was a great innings — one of the best I’ve seen — to really set up the game for us,” said Cook.

“One thing he does very well is keep the scoreboard ticking over, so blockers like me get carried away,” added a self-deprecating Cook.

Cook and Root’s run spree on Monday — they added 75 runs in just nine overs before the declaration — left Pakistan needing a massive 565 for victory.

James Anderson, returning to England duty on his Lancashire home ground after missing the first Test with a shoulder injury, scuppered any slim hopes of a shock win for the tourists by promptly reducing Pakistan to 25 for two.

Pakistan were eventually dismissed for 234, an improvement on their meagre first-innings 198. 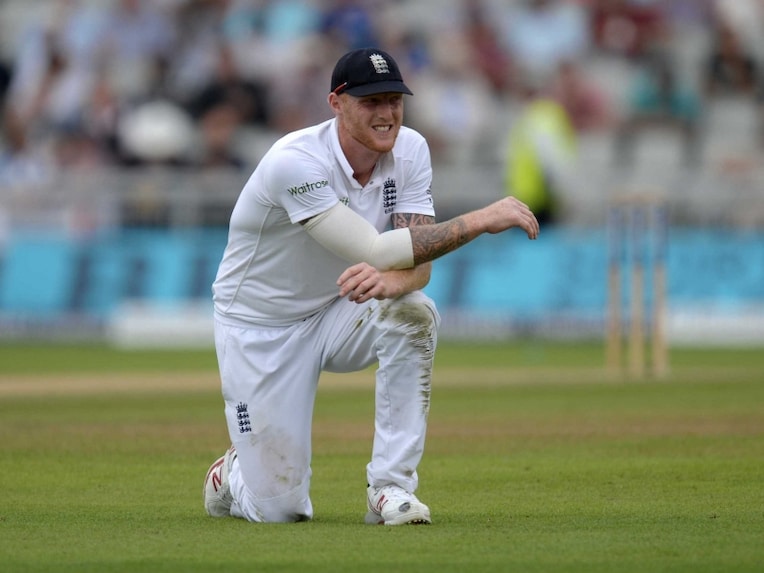 Ben Stokes is in doubt for the third Test after suffering a calf injury.

The only downside for England on Monday was when all-rounder Ben Stokes went off midway through his sixth over with a right calf injury that will be scanned on Tuesday.

But Cook said Stokes, returning to England action for the first time since injuring his left knee in the Sri Lanka series opener in May, was a “fairly big doubt” for next week’s third Test at Edgbaston.

In the meantime Cook was delighted by the way England had upped their game after being well below their best at Lord’s.

“It was us showing the standard of cricket we can play,” he said.

“We put most of those things right in this game.”

For Pakistan captain Misbah-ul-Haq, this was a chastening defeat.

Pakistan leg-spinner Yasir Shah took 10 for 141 at Lord’s but only managed figures of one for 266 at Old Trafford.

Misbah, at a loss to explain the discrepancy, said: “It was maybe tiredness, a lot of overs — I don’t know.

“It was a big difference. But he is a strong character, and before the next Test he will analyse what went wrong — and come back.”

Another concern for Pakistan was the form of openers Mohammad Hafeez and Shan Masood.

Not since 1996 have a Pakistan opening pair recorded a fifty stand in a Test against England in England, with Hafeez and Masood’s best so far this series the 38 they managed in the first innings at Lord’s.

Pakistan have three ‘reserve batsmen’ in their squad in Iftikhar Ahmed, Mohammad Rizwan and Sami Aslam.

They will hope to press their case for a Test call-up in a two-day tour game against Worcestershire starting on Friday.

“It’s a chance for us and them at Worcester,” said Misbah.

“Some of them (the current top order) are getting starts but not converting those starts into bigger innings.

“We need to make it big and that’s what we’re missing,” he added. Apple has a completely unique relationship with India as its founder Steve Jobs went to India for concept, Apple CEO Tim cook has stated in a meeting with prime Minister Narendra Modi in San Jose.

(additionally see: PM Modi in US: beyond the Hype of those huge Silicon Valley bulletins)

cook, who met PM Modi at his resort, was a few of the first pinnacle CEOs to fulfill the most reliable onthe first day of his arrival.

In a separate emailed statement to devices 360, an Apple consultant said:

“Apple has been running in India for almost 20 years. we are lucky to have many passionate customersalong with a quick–growing developer network, and we’re making an investment to enlarge our operations all through the u . s .. There are now over four,000 places in India in which customers can purchase Apple products, and we look forward to launching iPhone 6s and iPhone 6s Plus there veryquickly.”

PM Modi is the primary Indian prime Minister to go to Silicon Valley in extra than three decades.

speaking at the dinner interplay, attended among others via Adobe CEO Shantanu Narayan, Microsoft CEO Satya Nadella, Qualcomm govt chairman Paul Jacobs, and Google CEO Sundar Pichai, top Minister Narendra Modi said, “As our economy and our lives get more stressed, we also are giving the best importance tofacts privacy and protection, intellectual property rights and cyber-protection… we are able to remodelgovernance, making it greater transparent, responsible, accessible and participative.”

Written with inputs from PTI
download the gadgets 360 app for Android and iOS to stay updated with the cutting-edge tech news, product reviews, and special offers at the famous mobiles. cook‘s visit, which follows a trip to China, comes at a critical time as Apple seems for new increasemarkets after posting its first ever decline in iPhone sales, and as India has denied it permission to promoterefurbished telephones – a pass visible as key to attractive to charge–touchy neighborhood purchasers.

The go to is prepare dinner‘s first to India as the head of the united states generation agency, one of the resources stated.

It became not right now clean whether he could discuss uploading refurbished iPhones with Indianauthorities officials.

other than meeting Modi, cook can even hold conferences with personnel and companions, the supplystated, adding he might fly to India on Tuesday.

The resources declined to be named as the plan isn’t always public yet. Apple declined to provide info ofprepare dinner‘s schedule in India.

His go to there also comes at a time whilst Apple is dealing with a few setbacks in its most vital foreign places market.

From weakening phone income to the lack of an iPhone trademark dispute and the suspension of a number of its online leisure services, Apple has faced a flurry of challenges in China in current weeks.

In India, Apple is seeking to set up its first retail outlet, because it only has about a 2 percentage marketproportion. however its sales there surged 56 percent in the first three months of this yr, pushedspecifically via cheaper older-era gadgets together with the iPhone 5s.

greater than 100 million smartphones had been offered in India closing yr and the market is anticipated togrow with the aid of 25 percentage this 12 months, making India one of the fastest growing smartphonemarkets in the world.

in view that his election in 2014, Modi has courted US tech businesses as a part of his strategy to conveyjobs to India.

He met prepare dinner last year for the duration of a high-profile go to to Silicon Valley, which covered a ‘metropolis hall‘ at fb headquarters with Mark Zuckerberg and a round table assembly with other CEOsincluding Google’s Sundar Pichai and Microsoft’s Satya Nadella.

download the devices 360 app for Android and iOS to stay up to date with the modern-day techinformation, product evaluations, and special offers on the popular mobiles. From weakening smartphone income to the lack of an iPhone trademark dispute and the suspension ofsome of its online leisure offerings, Apple has been facing a flurry of problems in current weeks in China.

cook has deliberate to satisfy excessive–stage authorities officials, a supply familiar with the problemsaid earlier this month.

At an Apple save in critical Beijing on Monday, prepare dinner met with Didi Chuxing President Jean Liu,according to the trip-hailing corporation on Monday. cook dinner has stated the investment might helpApple higher recognize the essential chinese market.

Didi is operating closer to an IPO in the united states of america that could probably take region in 2018, a person with know-how of the plan stated on Monday.

also present on the Apple shop assembly had been executives from other app groups, consisting ofMeituan-Dianping, a group shopping for and order-in service firm.

Apple did not without delay reply to a request for remark.

down load the gadgets 360 app for Android and iOS to live up to date with the present day tech news, product opinions, and exceptional offers on the popular mobiles.