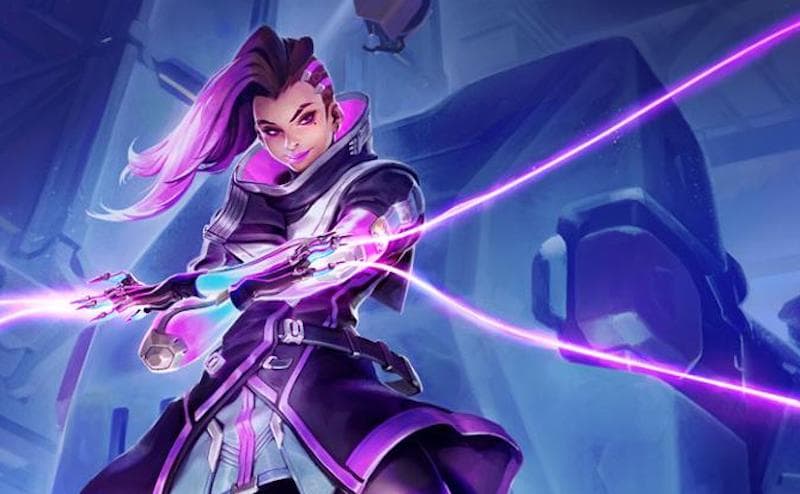 Blizzard Announces New Overwatch Character Sombra at BlizzCon 2016
HIGHLIGHTS
Sombra will be playable via Blizzard’s Public Test Realm (PTR) next week
The PTR will also have the new Arcade Mode for Overwatch
A new map, Ecopoint: Antarctica will be present too
At BlizzCon 2016, Blizzard finally announced the latest character to grace its hero-themed shooter, Overwatch.

According to the official Overwatch website, Sombra is a hacker with a base of operations located in Dorado, Mexico. She is affiliated with Talon and formerly Los Muertos – two of the game’s factions.

(Also see: Blizzard and Google DeepMind to Use StarCraft II for AI Research)

Overwatch Sombra ability list:
Machine Pistol: fully-automatic machine pistol fires in a short-range spread.
Hack: can hack enemies to temporarily stop them from using their abilities, or hacks first aid kits to make them useless to her opponents.
Thermoptic Camo: can become invisible for a short period of time, during which her speed is boosted considerably. Attacking, using offensive abilities, or taking damage disables her camouflage.
Translocator: tosses out a translocator beacon. She can instantly return to the beacon’s location while it is active (including when it’s in mid-flight).
EMP: Discharges electromagnetic energy in a wide radius, destroying enemy barriers and shields and hacking all opponents caught in the blast.
(Also see: The Original Diablo Will Be Playable in Diablo 3)
Sombra is the second new character added to Overwatch this year. The first being Ana – a sniper with healing abilities.
Blizzard hasn’t announced when Sombra would be available for all but has mentioned she will be playable as a part of its Public Test Realm (PTR) next week. PTR is a service to test patches before release to the general populace. Along with Sombra, the PTR will have a new arctic map, Ecopoint: Antarctica, which is designed around 1v1 and 3v3 play as a part of a new mode known as Arcade.

For what it’s worth, we found Overwatch to be one of the year’s best games. There are various heroes to choose from, near perfect gameplay, and the promise of extended support and free content, most of which Blizzard has made good on so far. According to DeepMind’s Oriol Vinyals, real-time strategy games such as StarCraft II would be a great test for AI given the hidden information and asymmetry constitute to elements of its gameplay which could end up helping in solving problems in the fields of science and energy among others.

“DeepMind is on a scientific mission to push the boundaries of AI, developing programs that can learn to solve any complex problem without needing to be told how. Games are the perfect environment in which to do this, allowing us to develop and test smarter, more flexible AI algorithms quickly and efficiently, and also providing instant feedback on how we’re doing through scores,” a prepared statement on the company’s website reads.
“StarCraft is an interesting testing environment for current AI research because it provides a useful bridge to the messiness of the real-world. The skills required for an agent to progress through the environment and play StarCraft well could ultimately transfer to real-world tasks.”
(Also see: The Original Diablo Will Be Playable in Diablo 3)

Blizzard CEO and President Mike Morhaime simply stated that fans could “help by simply playing StarCraft II online.” An odd way of putting it considering playing online is the preferred way to play StarCraft II by many. 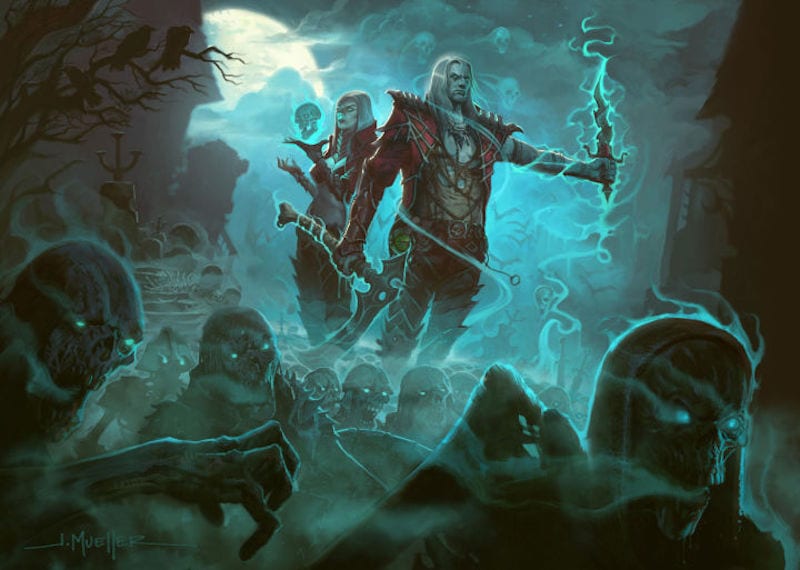 “Necromancers can expect darker, more controlled gameplay centered around the raw materials of life: blood and bone. Grounded in a philosophical, pragmatic approach to life and death, they’re more like a calculated conductor of the darkest arts,” reads the description on Blizzard’s website. “ Deadly serious in their practice, they are the experts of curses and reanimation—and their pets obey their every command.”

(Also see: The Darkening of Tristram to Bring the Original Diablo to Diablo 3)
Though Blizzard are yet to detail the Necromancer’s abilities, a screenshot from BlizzCon 2016 has been doing the rounds confirming what you could expect when the class hits in 2017.

Diablo 3 Necromancer abilities: ​
Corpse Explosion: target an area exploding all corpses dealing damage.
Blood Rush: shed your mortal flesh and re-appear yards away, passing through most obstacles.
Siphon Blood: drain the blood of your enemies dealing damage and restoring essence.
Bone Spear: summon a piercing bone projectile that causes damage to all enemies it passes through
Decrypify: a crippling curse that reduces the enemy unit’s movement speed and damage done to you
Command Skeletons: command your skeletal minions to attack the target and increase their damage. The skeleton cap seems to be ten units ( seven melee and three ranged skeletons).
(Also see: Blizzard Announces New Overwatch Character Sombra at BlizzCon 2016)
“In addition to unlocking the Necromancer as a playable character, players will also receive an in-game pet, two additional character slots, two additional stash tabs (on PC), a portrait frame, pennant, banner, and banner sigil,” the site claims in way of what else will make up the cost of playing as a Necromancer.

It will be interesting to see what else comes along with the Necromancer since it is a paid piece of content. Other Blizzard games like Overwatch don’t charge for new characters, making this an oddity of sorts. And it seems that Blizzard isn’t ready to say much else about it right now aside from well, it will be purchasable.

“We’re not ready to announce a price just yet,” states an official FAQ.

While there was little in the way of an announcement of a new Diablo game or expansion to mark two decades of the series, some fans are holding out, expecting a hint during one of BlizzCon 2016’s many panels. Though it seems unlikely given that the opening presentation would have been the perfect stage for such a reveal. Players would be evaluated during tryouts by team owners. There would be regular schedules, professional contracts, free agency, and a baseline salary for players.

“The Overwatch League represents not only the pinnacle of Overwatch competition, but also a genuine career opportunity for the most skilled Overwatch players,” said Morhaime. “We’re building a league that’s accessible to players and fans, sustainable, and exciting for everyone involved.”

In elaborating this it was obvious that the Overwatch League would ideally like to possess a greater degree of structure and stability versus what most e-sports leagues are seen as – fickle and lacking in transparency.

The Overwatch League’s maiden season will take place next year. Play well enough and you might be invited to join teams. In taking such a hands-on approach to Overwatch’s e-sports potential, it seems that Blizzard wants to build the EPL or IPL of Overwatch.

(Also see: The State of E-Sports in India: Untapped Potential but It Doesn’t Have to Be)

Right now, there is no clarity if the Overwatch League would be making it to India in its first year. Considering that Blizzard has a local distributor but chose not to release Diablo 3: Ultimate Edition or Overwatch officially makes the nation’s prospects seem unlikely at this stage. That hasn’t stopped other companies from cashing in on its popularity though.

For what it’s worth, we found Overwatch to be one of the year’s best games. There are various heroes to choose from, near perfect gameplay, and the promise of extended support and free content, most of which Blizzard has made good on so far. 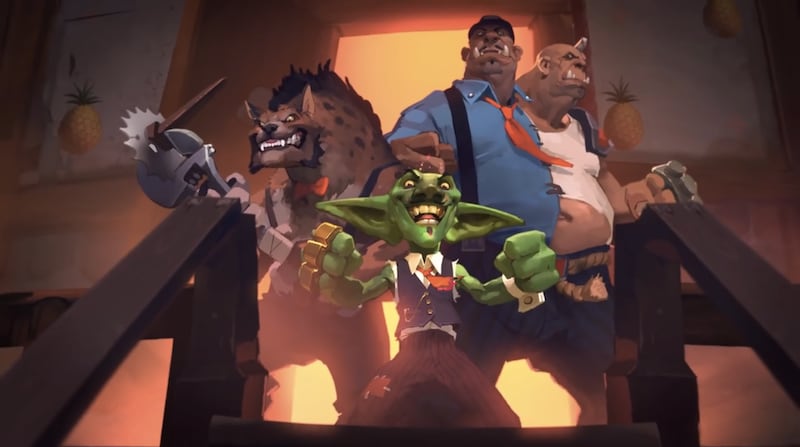 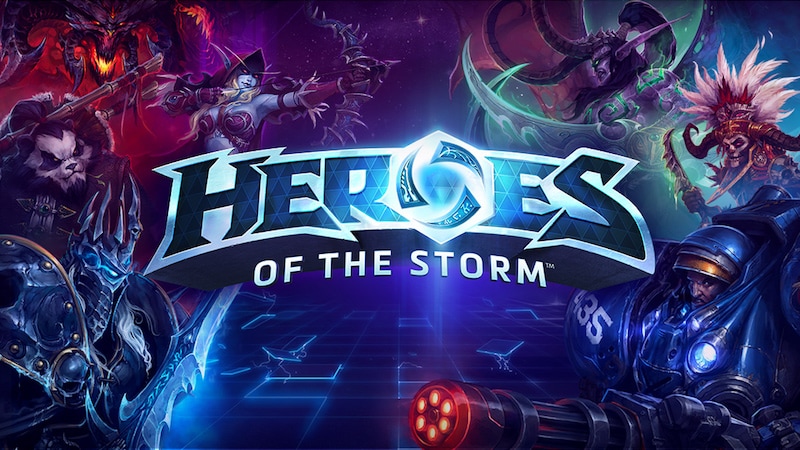 Varian is the first multi-class hero that can be played either as a deadly assassin or a shield-wielding warrior. Ragnaros has some fiery abilities that includes summoning lava waves to incinerate an entire lane’s worth of enemy minions.

Varian will be available for testing next week and as a fully playable character on November 15, while Ragnaros will join the Heroes in December.
Aside from announcing the new characters, Blizzard also unveiled a new Heroes Brawl called Blackheart’s Brawl. The brawl allows only one core while the defending team tries to help prevent Bleackheart from sinking. The new brawl will be available starting November 15.

Completing 30 games in Heroes of the Storm during the Nexus Challenge nets players new heroes, an new Orochi Hovercycle mount, and a 30-day Stimpack for the game. The Nexus Challenge begins from November 15 and ends on January 4.

Overwatch fans were also introduced to a new character, Sombra – a hacker with a base of operations located in Dorado, Mexico.

Overwatch is currently one of Blizzards hottest games this year, praised in both gameplay and production value.