SBI: One-eyed king in land of the blind 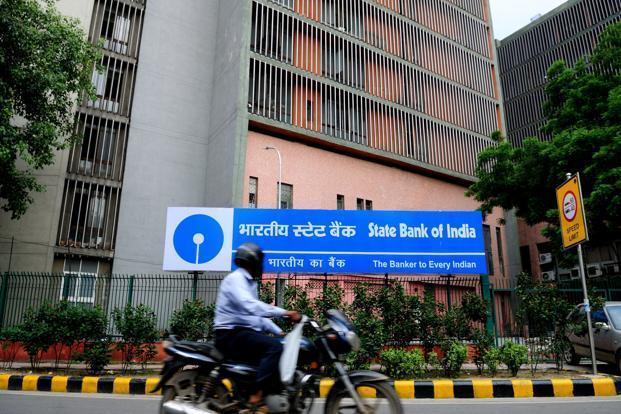 The 44.16% increase on other income cushioned the impact of the rise in provisions on SBI’s June quarter profit. Photo: Pradeep Gaur/Mint

State Bank of India (SBI) suffered a 32% drop in its net profit for the June quarter but still came out looking like a star because the other six public sector banks that reported their financials on Friday came out with terrible results, with five suffering huge losses.

Let’s get to the good parts first. The growth in operating profit was 20.12% at Rs.11,504 crore, not to be sneezed at. In terms of provisions, fresh slippages and even operating expenses, the June quarter was better than the previous one. Total provisions dropped by 43.7%, fresh slippages or the loans that turned bad during the June quarter also dropped by a huge 70% to Rs.8,790 crore.

The fact that gross bad loans rose by a modest 3.43% gives relief. It looks like much of the pain has passed, with gross non-performing assets (NPAs) at 6.94% of total loans amid declining slippages. Most now expect a further fall in slippages in the quarters ahead. 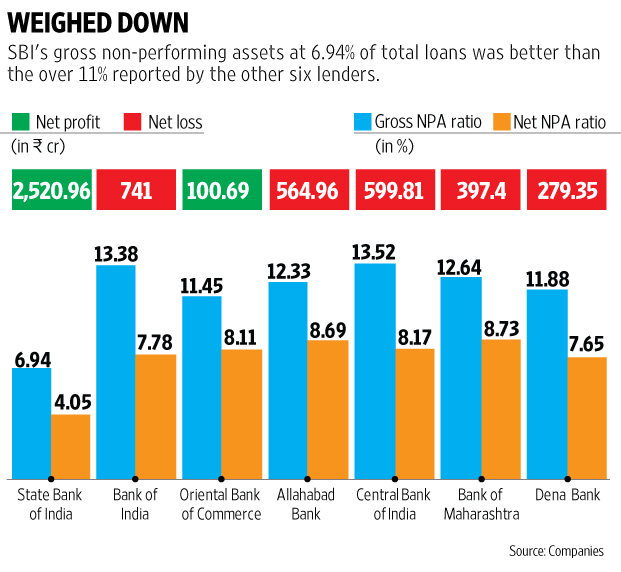 SBI’s net interest income, or the core income a bank earns by giving loans, rose 4.23% to Rs.14,312.31 crore in the June quarter. Other income increased 44.16% to Rs.7,335.08 crore from Rs.5,087.98 crore in the same period last year. Indeed, we should not write off the bank’s performance at a time when the end of the bad loan tunnel looks even farther after other banks’ results.

But this glow vanishes once we begin looking at the red flags. In the analyst meet after the release of the results, SBI chairperson Arundhati Bhattacharya said the loan watch list still stands at Rs.31,000 crore. These are loans that the bank expects most likely to turn bad. The lender had indicated the figure of Rs.31,000 crore in the quarter ended March. Although Bhattacharya did not reiterate or give an indication as to how much of it is prone to slip, the bank’s most conservative estimate is 30%.

In the June quarter, Rs.2,165 crore worth of slippages was from the watch list. The bank has added a similar amount this quarter and these additions come from a new territory, the international loan book. “The situation is far from rosy,” said Bhattacharya at the analyst meet.

It is clear that other income saved the day. The 44.16% increase in other income cushioned the impact of the rise in provisions on profits. But sample this: operating profit increased by Rs.1,852 crore from a year ago, while the rise in profit on sale of investments was Rs.1,851 crore. The entire increase in operating profit was therefore on account of these profits. And such profits are prone to market vagaries and do not come every quarter. All it takes is a reversal in the trend of bond yields.

The writer does not hold positions in the companies discussed here.

Arc flash is an example of an explosion when an unlikely electric discharge travels through the air. Arc flash travels between two...

hhattisgarh Chief Minister Bhupesh Baghel on Sunday ruled out withdrawing security forces from Maoist-hit areas of the state. He also...

The OpenStack Foundation, the joint project created by NASA and Rackspace to create a freely usable Infrastructure-as-a-Service (IaaS)...

Google Maps has now taken away a handy Uber feature that let users book rides without leaving the app. In early 2017, Google had...

Oftentimes, business owners find that their companies have reached a plateau. When this time comes, it's important for corporate leaders...