Two days ago some Meizu M6 Note specs appeared on Weibo. Today another user of the Chinese social network posted the press invitation Meizu is sending out in China for the launch of the new phone. It will happen on August 23, earlier than the previously alleged date of September 6. 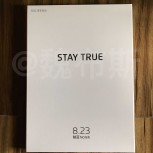 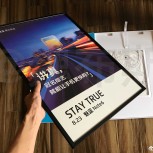 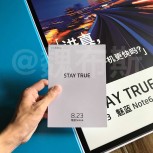 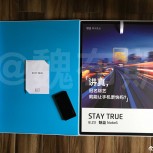 The package of the invite consists a massive poster with the slogan STAY TRUE. It also has a question on it, roughly translated to “Can you go faster?”, implying that the M6 Note may come with a fast chipset, presumably the Helio P25.

According to previous rumors, the Meizu M6 Note will have 5.5” screen and two versions with different RAM and storage. The battery is going to be 4,000 mAh. Some sources also suggest a dual camera and that will not be surprising. After all the Helio P25 chipset supports such setup, as we have already seen in the Meizu Pro 7. The new flagship can be seen in the images above “for scale”.

Xiaomi is launching a new variant of the Mi Max 2 in India soon, aiming to please mid-range buyers. After launching the Mi Max...

In anticipation of the launch of pre-orders for the iPhone 8, Apple Watch Series 3, and Apple TV 4K (which occurs tonight at 3AM (EST)...

Amazon is selling a 2TB WD portable hard drive for $60

The Sony Xperia X and X Compact have also started getting the September security patch. The update - which is currently rolling out in...

should be “For everything there are two purposes.” The company’s Outlet Shelf is a working example. Why should an electrical...