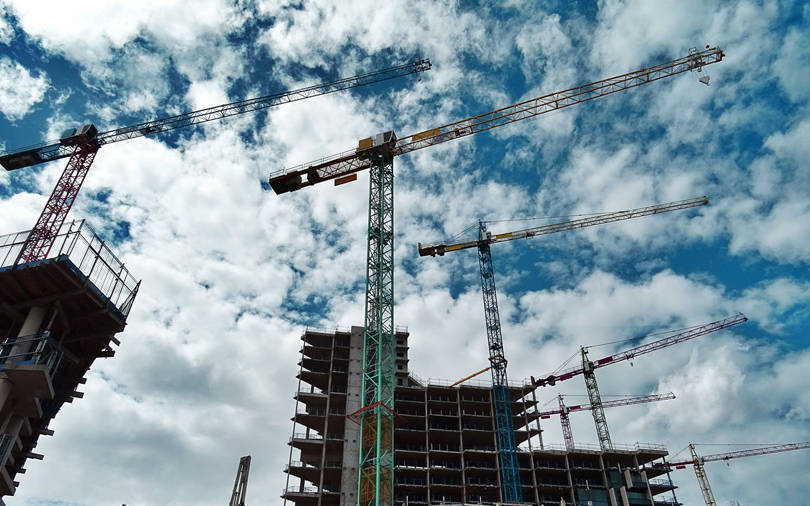 Indiabulls Group has set the ball rolling to exit its real estate business and signed an agreement with Bengaluru developer Embassy Group to sell its stake, people close to the development told VCCircle.

The plan to exit Indiabulls Real Estate Ltd comes in the view of the group’s decision to enter the banking sector through a merger of Indiabulls Housing Finance Ltd and Lakshmi Vilas Bank. Indiabulls Group chairman Sameer Gehlaut had previously said that the conglomerate could exit the real estate business if that was a pre-condition to operate a bank.

Indiabulls Real Estate said in a stock exchange filing on Friday that its promoters have decided to offload a 14% stake in the company to third-party investors with a view to focus on the financial services sector in the long run. The promoters own a 38.72% stake in the company and are believed to be selling their holdings in tranches.

Stock-exchange data on Friday evening showed that Embassy Property Developments Pvt. Ltd bought about 63 million shares, or a 14% stake, in Indiabulls Real Estate at an average price of Rs 150.45 apiece from four promoter group entities. This totals to Rs 950 crore. The price is about 17% higher than Indiabulls Real Estate’s closing share price of Rs 128.20 apiece on Friday and values the company around Rs 6,775 crore.

One of the persons said that it is a solo transaction by Embassy Group. “While Embassy has a joint venture with private equity firm Blackstone, the deal is not being done through the JV platform,” the person said, asking not to be named.

Embassy is likely to acquire the remaining 24% stake held by promoters in Indiabulls Real Estate over the next few months. This will be followed by an open offer, which will conclude by end of this year.

The people cited above also said that while Blackstone, which is a partner to both Indiabulls and Embassy Group, has helped in bringing the parties together, there is no financial involvement of the PE firm in the transaction. Blackstone had bought some office assets from Indiabulls last year.

The people added that there is no banker involved in the transaction.

Indiabulls Real Estate, which has presence across residential, commercial and SEZ segments, has a total of portfolio of over 25 million sq ft. The current transaction includes a major portion of the residential portfolio and a small size of commercial developments. The residential projects are likely to be merged with Embassy’s portfolio.

Jitu Virwani-led Embassy Group is known for its commercial real estate projects but also has presence across residential, retail, hospitality and industrial segments. It will get access to over 20 million sq ft of residential projects in one shot. On its own, it has a portfolio of over 54 million sq ft across asset classes in the country.

“The deal is a strategic fit for Embassy. Since Indiabulls’ portfolio is more than 95% residential, Embassy can consolidate its residential portfolio under the listed entity. So, it will have one listed entity for commercial and another one for residential in a quick time span. It is a win-win situation for Embassy Group,” said Shobhit Aggarwal, managing director for capital and international markets at consultancy firm Anarock.

He said that while Indiabulls could have scaled back its real estate exposure in a phased manner, it has chosen to do so in one shot.

In this context, Indiabulls Real Estate recently sold its London property to the group’s billionaire founder Sameer Gehlaut. It struck a deal to sell Century Ltd, which houses Hanover Square Property in London, for £200 million ($259 million, or Rs 1,809 crore), to Gehualt. Indiabulls had bought the property in 2014 for £161.5 million.

The company had started streamlining its presence across regions and asset classes in the run up to the deal with Embassy. At the time of selling its London property, it had said that it would now focus only on Mumbai and Delhi-NCR markets.

Indiabulls’ exit is a significant development in India’s real estate sector and comes at a time when developers across the spectrum have been going through tough times.

Some of the biggest names in the industry are now struggling to stay afloat while many others have tweaked their strategy to reduce their debt pile and survive.

India’s biggest developer DLF, for instance, struck a deal with Singapore sovereign wealth fund GIC in 2017 when promoters sold a 33% stake in the company’s rental arm for $1.39 billion. The proceeds were used for paring debt.

Indiabulls Group, too, used the proceeds from the sale of its commercial portfolio to Blackstone to bring down its debt. In April, the company said it will use the funds raised by selling its London property to prune its debt to about Rs 3,000 crore from Rs 4,590 crore at the end of March.

Aggarwal of Anarock said that the deal is a strategic fit for both the companies involved. “Indiabulls’ exit is not a reflection on the condition of the real estate market. As such, there is no stress in the portfolio of the company and it is totally based on its strategy to focus on financial services – it is as simple as that,” he said.