Clash of business models as war for the grocery basket escalates 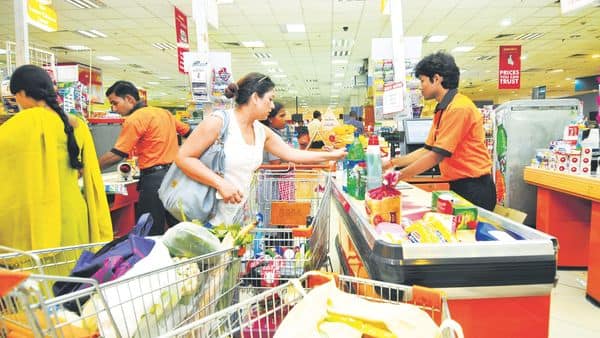 Online grocery seems like a simple enough business of delivering fruit and vegetables, staples and toiletries to homes, saving customers the hassle of going to a supermarket or kirana store. But as it turns out, it’s complicated to get a customer what he or she needs in time—and that’s why every e-tailer has evolved its own business model, each settling on one that plays to its strengths.

Alibaba-backed BigBasket and SoftBank-backed Grofers are the leading online grocers. E-commerce giants Amazon and Walmart-owned Flipkart are in the game, while food delivery unicorn Swiggy and all-rounder Dunzo have added grocery to their repertoire.

There’s even room for a small player like Satvacart that has been serving a pocket of consumers within a 5-km radius of its warehouse in Gurugram for five years. Most of its orders are fruit and vegetables, which it buys wholesale from nearby Delhi’s central mandi. Its unique selling proposition (USP) is delivery within an hour.

And yet, online grocery has barely made a dent. Kirana stores still serve 95% of the $367 billion overall grocery market in India, with supermarkets and online grocers sharing the remaining 5%, according to 2018 data from Euromonitor.

Satvacart CEO and founder Rahul Hari draws inspiration from FreshDirect, an online grocer founded in Manhattan in 1999, which focused on households within a 10-mile radius.

Around the same time, California-based WebVan scaled across multiple cities with nearly $800 million from investors and an IPO. But it went bankrupt in 2001, whereas FreshDirect is New York’s leading online grocer today, ahead of formidable rivals like Walmart.

These are examples Rahul Hari has learnt from. “I figured that rapid scale in this business can lead to failure. One first needs a viable business model in the existing territory,” he says.

He watched better-funded contemporaries like LocalBanya and Peppertap take off and collapse, while Satvacart stayed grounded in Gurugram with angel funding. He hopes to turn cash positive and expand next year. But raising a series A round to scale faster won’t be easy, with so many big fish already in the pool.

One of them is Grofers, founded in Gurugram just a year before Satvacart. It has raised over $500 million. Venture capital loves a fast-scaling, asset-light, marketplace model, connecting suppliers and buyers without holding inventory. That was the promise of Grofers in 2015 when Tiger Global and SoftBank pumped $165 million into it. But it changed tack to an inventory-led model, reading the tea leaves in time.

Now it has a twin strategy. One is to develop private labels for staples and household products which can be lower-cost alternatives to traditional FMCG brands. Amazon and BigBasket do this.

The second strategy is to cut back on fruit and vegetables and limit its range of products to those which are more in demand, making it easier to manage inventory and delivery.

“Grofers is focused on the needs of mass market India, lowering costs through a combination of private label products, a cost-efficient supply chain and limiting our assortment,” says Abheek Anand, principal at Sequoia Capital India, the first institutional investor in the startup.

Market leader BigBasket is sticking to its full stack model. But it does limit the product range in tier-2 cities.

BigBasket was conservative, almost to a fault, in fine-tuning its inventory-led model for three years before expanding. “It’s nice to be frugal up to a point, but we weren’t getting the right facilities and people,” says T.N.Hari, who joined the company as HR head in 2015 on the cusp of its expansion from three cities to 28. “We were looking at costs, not lost opportunities, whereas other companies were going overboard.”

Analytics is an area the market leader leverages to improve everything from inventory and delivery to customer experience. A BigBasket customer gets a “smart basket” with a personalized selection of products. “We’ve seen that the smart basket predicts 90% of what a customer buys. Those who use it spend 40% less time shopping than those who don’t,” says M.S. Subramanian, analytics head at BigBasket.

It’s not a trivial enhancement of customer experience to reduce the drudgery of grocery shopping. Unless of course you just love to browse.

NEW DELHI : Indian industrialists looking to tighten their belts amid the economic slowdown are giving up business jets as they cut the...