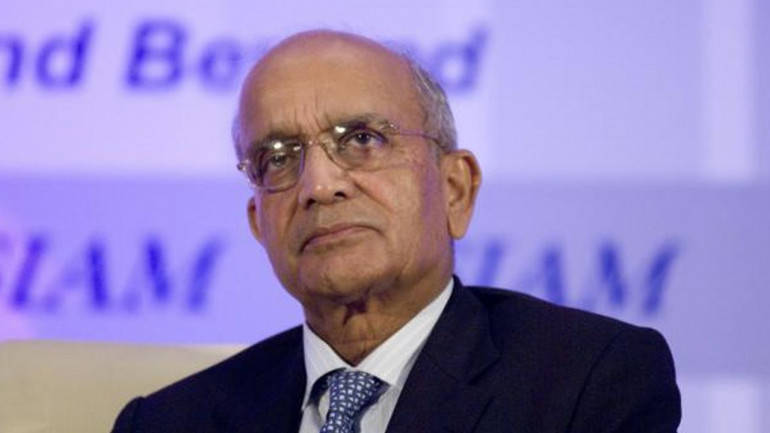 Ride-hailing companies such as Ola and Uber have hit demand for new cars in India as young buyers don’t need to buy cars for commuting and can spend most of their income on electronic gadgets, said RC Bhargava, chairman of Maruti Suzuki India Ltd, the country’s largest carmaker.

Bhargava’s latest statement supports the contention of finance minister Nirmala Sitharaman who cited millenials’ unwillingness to buy cars as one of the reasons for a slump in sales.

Bhargava, a former bureaucrat, said there is “no point” in a temporary cut in the goods and services tax (GST) on vehicles as it would not help the industry in the long run. He said the introduction of stricter safety and emission regulations would improve the quality of vehicles produced in India and put them on a par with those in Europe.

Bhargava said the buying power of Indians has not risen in line with the increase in car prices, leading many to postpone purchases as car prices have been increased to adhere to new norms.

“The per capita income in India is almost around $2,200 (per annum) and in Europe, it is approximately around $40,000. In terms of all standards, which add to the cost of the product, there is no difference between Europe and India,” Bhargava said. “In addition, the taxation levels in India, whether it’s in terms of GST, road tax and others, are much higher than in Europe or even China for that matter. How do you expect a country with such a low per capita income to have enough customers to have the capacity to pay for a car and grow at 10-15 percent every year?”

Passenger vehicle sales in the world’s fourth-largest automobile market have slumped in the past year as lack of financing options, increase in ownership costs and an economic downturn have discouraged people from buying cars.

Bhargava said Sitharaman “is correct” in saying that the youth are opting for Ola and Uber rather than buying new vehicles during the initial years of their careers.

In an interview, RC Bhargava, chairman, Maruti Suzuki India Ltd, agreed that many youngsters prefer gadgets over cars, and the lack of affordability is keeping many potential customers away. Indian automakers are now on par with Europe and America in terms of quality but the purchasing power of domestic buyers has not grown enough to afford the increased product prices, he added. Edited excepts:

Is there is a structural problem behind the current downturn in automobile sales?

The per capita income in India is almost around $2,200 (per annum) and in Europe, it is approximately around $40,000. In terms of all the standards which add to the cost of the product, there is no difference between Europe and India. In addition to which the taxation levels in India, whether it’s in terms of the Goods and Services Tax (GST), road tax and others, are much higher than in Europe or even China for that matter. How do you expect a country with such a low per capita income to have enough customers to have the capacity to pay this kind of money for a car and grow at 10-15% every year (in terms of vehicle sales). Why do we want at this stage of our development to adopt all the western standards and norms without considering its impact on the affordability of products?

How will the auto sector perform in the next five years?

Do you think emergence of shared mobility has impacted sales?

The reality is that everybody will like to have a car. If you have just started a job or just completed a year in a profession, that salary does not allow you to have everything you want. If you buy a car in the beginning of your career then you have to pay the monthly instalments. So, I have to choose what I want to do with the limited amount of money that I get because for buying a car, I may get a loan but have to provide 10 percent to 20 percent initial deposit and also pay the EMI. That cuts into my ability to do some of the other things I want. Today, a youngster wants to buy a nice smartphone and wants to meet his friends at a restaurant and have a good time. If he buys a car, then he probably can’t do these things. So, he is now looking at an option which he didn’t two, three or four years ago—that let me not buy a car to start with and get the other gadgets that I want. So, he postpones his car-buying by four or five years or whatever time it takes him to reach a stage where he is comfortable owning a car. Today, a youngster has so many options of what he can do with his money, that a lot of them prefer other options than buying a car because he can still get his mobility through a car from Ola and Uber which is much more economical. So, what the finance minister said is 100 percent correct. That is what the millennial generation is thinking.

Has the Gujarat plant been commissioned at a wrong time given the protracted slowdown?

We needed the capacity and earlier, we were short of capacity and there were cars on waiting list all the time. Problem starts from people not buying and doesn’t start from production. The over or excess production has happened because there is a slowdown. Manufacturers take time to bring down production and now everyone is facing non-production days because we have all ordered inventory and parts. There is a whole chain that is in motion which just does not stop.

Having seen Maruti evolve as one of the most valuable corporate entities in this country, how do you think the company will evolve in this coming decade given the disruption in the industry?

My worry is how we will create the capacity amongst Indian consumers to buy manufactured products in large numbers. I don’t think 10 years ahead that way. There is need for our economists to do a study on what policy of pricing and taxation are required, taxation particularly, both by the states and in fact, more by the states, and for input cost of the industry to bring down the cost of production of manufactured products. For example, electricity has been priced at the highest to the industry. How does industry make products which are affordable? If you don’t have affordable products, then how will we have 15 percent growth?

What do you think of impact of new ways of owning car which is through leasing and subscription?

None of this is of any great significance. They all have some impact. First thing is the consumer must have the ability to buy a product. Nothing is more important that.

Some of your competitors have picked up stakes in various startups in the recent past. When can we expect something on the same lines from Maruti?

How does that make any difference to the growth of the industry? By investing in Ola and Uber, you are not growing the demand for the product. These are all ways to look at how to improve your business but will not help increase the overall demand for cars in the country. That’s a question of a strategy from each manufacturer as to whether they think that it will help the business becoming more competitive. Each company has its own strategy. At the moment, we haven’t invested in any of these sharing platforms and one can argue that these companies will buy products not because somebody is an equity investor but because the particular product is most economical for them to operate in that business. We sell a lot of cars to Uber and Ola. I have no stake in them but they do buy my cars.

Why is the automobile industry divided when it comes to demanding a GST cut on vehicles?

There is no division and Siam has said that a cut is needed. My point is different in a sense that I don’t want a temporary cut. Many people have talked of a temporary cut and that does not help. My bigger question is which I would like the economists in the finance and other ministries to work out that if the auto industry has to grow, what will be the growth rate that they would like the industry to achieve. For that, what will be the pricing structure? It not only includes just taxes bit, also cost of production due to the cost of inputs, infrastructure or compliances.