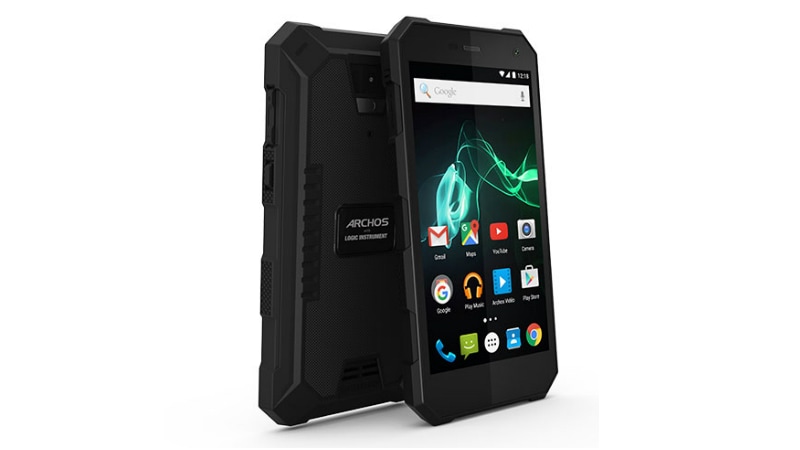 Just a day after unveiling a slew of Helium smartphonesahead of IFA 2016, Archos has now launched another smartphone called 50 Saphir. The smartphone will also be showcased at IFA, and will be made available in Europe starting October for EUR 99 (roughly Rs. 7,500).

The highlight of the Archos 50 Saphir smartphone is that it is highly water-resistant. The smartphone is IP68-certified which means it can survive immersion in up to one metre of water for up to 30 minutes. Archos further claims that it can withstand falls from one metre.

As for specifications, the Archos 50 Saphir runs on Android 6.0 Marshmallow and supports dual-SIM (Micro) slots. It features a 5-inch (720×1280 pixels) IPS display, and is powered by a 1.5GHz quad-core MediaTek MTK6737VWT processor with 2GB of RAM. It offers 16GB of inbuilt storage that can be further expanded via microSD slot (up to 128GB).

Optics include a 13-megapixel rear camera with autofocus, 1080p video recording, and LED flash. There’s also a 5-megapixel selfie camera on board. The Archos 50 Saphir packs a huge 5000mAh non-removable battery. The company claims that the smartphone can run for two days on one full charge.

Connectivity options include LTE connectivity, Wi-Fi 802.11 b/g/n, Bluetooth 4.0, GPS, Wi-Fi Direct, USB OTG, 3.5mm audio jack, and FM radio. The Archos 50 Saphir comes with light and proximity sensors, and the dimensions of the smartphone measure 146.6×75.9×13.9mm. The device will be made available only in Black colour variant. There is no word on international availability outside of Europe.

As mentioned, Archos also announced the 50f Helium and 55 Helium smartphone lines, and even confirmed its ‘worldwide’ availability for October). All of these smartphones will be demoed at IFA in Berlin.