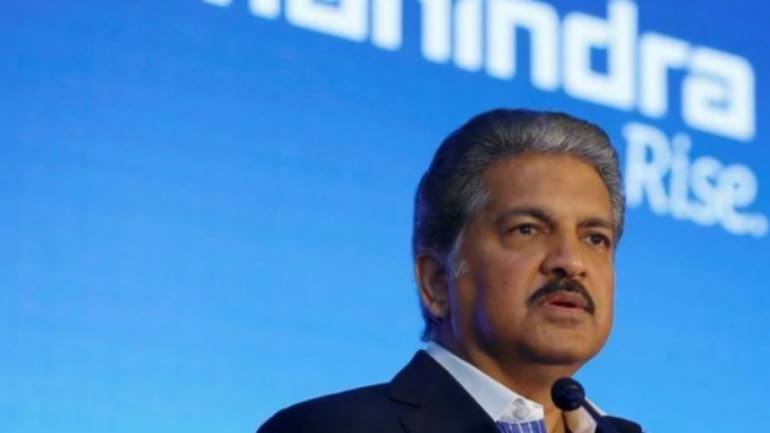 Anand Mahindra studied filmmaking and architecture before doing a post-graduation in business, and is the rare ‘right-brain’ industrial tycoon who carries his sense of aesthetics and the arts with élan. And these virtues continue to aid his flourishing USD 21 billion conglomerate.

The Mahindra group co-founded by his grandfather had a name for utility vehicles when Anand joined the group’s steel arm in 1981, with an MBA degree from the Harvard Business School.

Long before the group made a name for its SUVs, it was primarily making jeeps and tractors. As Anand rose through the ranks, so did the group’s focus on aesthetics, and the launch of the Bolero, followed by the Xylo and finally the premium XUV500. All these SUVs not only resulted in galloping revenue, but also came to define the very identity of the group.

The suave and stylish — his wife Anuradha is the editor of the fashion magazine Verve — Anand’s artistic pursuits are not limited to the SUVs alone. His gambles have not always delivered the expected results, like the acquisition of the country’s first electric car Reva, which was done long before electric mobility became kosher among the policymakers and the industry.

As he steered the group to newer heights, he entered newer businesses like hospitality, realty, information technology, aerospace/aviation, finance and logistics, and also created an in-house group to look at new opportunities across sectors and incubate them.

At a time when the domestic information technology industry was happy billing clients in the developed world by coding cheap, Tech Mahindra acquired legendary Italian design firm Pininfarina in 2015.

Though influenced by design, the maverick in his arty other-self has always been invisible in the conduct of this outspoken billionaire.

Last week, Anand admitted that the group’s decision to focus on the commuter two-wheelers was a mistake, and that going forward the group would focus on cult brands like Java and BSA, which thrive on the retro design element, as a better choice.

Under Anand’s leadership, the group adopted a common identity with its ‘Rise’ philosophy, which all the brands carry with conviction now. On the personal front, the artist in Anand ensures that he carries himself unlike any corporate czar.

An interest in ‘Rhythm and Blues’, the popular music genres from the US led by African-Americans, has led him to sponsor the annual Mahindra Blues Festival in the country in 2011.

More recently, Anand, like scores of art and music lovers, was saddened at the shuttering of the ‘Rhythm House’, the megapolis’ most iconic music shop due to financial constraints. And he responded to this by starting a crowd-funding campaign to revive it.

He is one of the most active of our billionaires on social media through a Twitter account, from where he has launched the crowd-funding campaign. He also frequently backs stories of audacity, be it sponsoring tickets to an old lady of Indian origin to watch a cricket match at the Lord’s in London or gifting a utility truck to a woman in rural Maharashtra who is challenging the male-dominance among the drivers.

His sensitivities often show up, even if it means taking a political stance.

In May this year, he called out BJP Parliamentarian Sadhvi Pragya terming Gandhiji’s assassin Nathuram Godse as a ‘patriot’.

“Some things must remain sacred. Or we become the Taliban, destroying statues that sustain us,” Anand said, without mincing any words.

Probably, it is cherishing such values that led him to donate USD 10 million to the humanities centre at his alma mater Harvard and also back the Krea University, an institute devoted to the liberal arts, at a time when many are expressing fears of majoritarianism gripping the nation.

Despite committing money to an idea he believes in, like the university, Anand has displayed clarity on what is important for a businessman and has thrown in hints of what awaits in future.

In late 2018, when asked why corporate leaders do not speak up freely, he retorted, “I am paid by my shareholders. They do not pay me to court controversies. They certainly want me to make money. If I give up my business and retire, I’m going to say what the hell I like.”