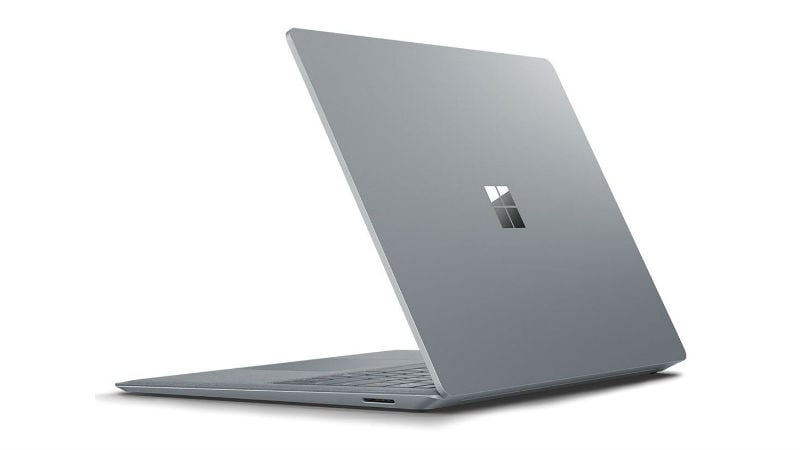 Making its Surface lineup a bit more accessible, Microsoft has launched new versions of Surface Laptopand Surface Book 2 with reduced specifications and more affordable prices. The Surface Laptop now starts in the US at $799 (approximately Rs. 51,160), which is significantly cheaper than the original Surface Laptop, which has a starting price of $999 (roughly Rs. 63,970). The new Surface Book 2 base model, on the other hand, is priced at $1,199 (approximately Rs. 76,770), which is lower than the cheapest Surface Book 2 variant earlier available at $1,499 (roughly Rs. 95,980). The latest move comes just days after Microsoft acknowledged that its Surface revenue had only increased a percent year-on-year in the holiday quarter.

As per the listing on Microsoft Store, the new Surface Laptop model comes with an Intel Core m3 processor, unlike the eight-generation Core i5 processor that’s shipping with the previous base model which was launched in May last year. The newest Surface Laptop has the same 4GB RAM and 128GB onboard storage that featured on the original base model. It is worth noting here that the RAM on the Surface Laptop is not upgradeable.

The new 13.5-inch $1,199 Surface Book 2 comes with 128GB storage, a change from the 256GB starting option available earlier. The rest of the specifications of the new Surface Book 2 variant are identical to the original base model, powered by seventh-generation Core i5 processor alongside 8GB of RAM. You also get a 5-megapixel front camera sensor and an 8-megapixel rear autofocus camera sensor with 1080p full HD video recording support, dual microphones, and front-facing stereo speakers with Dolby Audio Premium. The notebook also has USB 3.0 Type A and USB-Type C ports and UHS-II SDXC HD memory card. Moreover, there is support for Surface Pen.